Strange the Dreamer by Laini Taylor.

Summary:Strange the Dreamer is the story of:

the aftermath of a war between gods and men
a mysterious city stripped of its name
a mythic hero with blood on his hands
a young librarian with a singular dream
a girl every bit as perilous as she is imperiled
alchemy and blood candy, nightmares and godspawn, moths and monsters, friendship and treachery, love and carnage.

I seriously can’t wait for this book to come out! The premise sounds so intriguing and exciting as well as a little… well… strange. 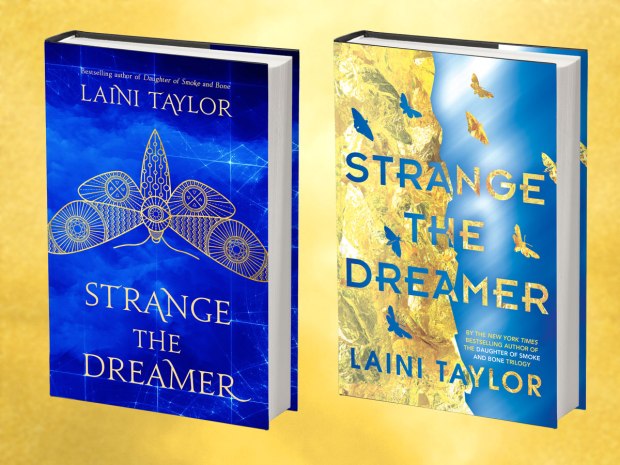 These are both the U.K  and U.S cover editions respectively. I love the bold colours and intricate designs, especially the moth on the U.K edition.

This novel will be out on September but until then we have a little preview to help us get along until the release of Strange the Dreamer:

Are you excited for the release of Strange the Dreamer? Have you read any other of Laini’s books?